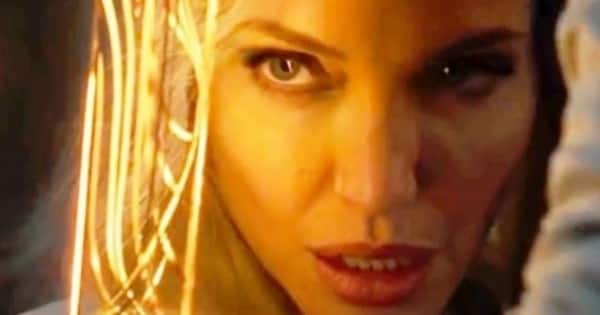 A few days back, Marvel Studio dropped a three-minute long video, revealing their upcoming MCU films of phase 4 with their release dates and titles. While we saw some of the glimpses getting repeated from the previous videos, fans got highly-excited after watching the first look of Eternals, which stars Angelina Jolie, Salma Hayek, Gemma Chan, Richard Madden and Kumail Nanjiani in the lead roles. And if you have watched the clip carefully you will see Bollywood actor Harish Patel in the promo, which created a buzz on social media. Also Read – Scarlett Johansson BEATS Angelina Jolie to become the most loved Hollywood actress on social media

The actor recently confirmed to be the part of Eternals, as he told IndianExpress.com, “Yes, the man you saw in the teaser is me.” Though he didn’t give any character details and added, “I can just confirm that I am doing Eternals but cannot speak about it right now. The makers haven’t even announced my name, and I will wait for them to do that.” Harish Patel is featured in many Bollywood films including Mr. India, Mohra, Gupt: The Hidden Truth, Gunda and others. Also Read – Those Who Wish Me Dead trailer: Angelina Jolie and Nicholas Hoult’s disaster thriller promises to take you to the edge of your seat

Huge congratulations to actor Harish Patel sir 4 his next Marvel’s #TheEternals directed by Academy winning Chloe Zhao of Nomadland. His illustrious journey 4m numerous blockbuster Indian films 2 being part of many prestigious Hollywood ventures is inspirational.Kudos to u sir ? pic.twitter.com/jCAciauZqe

The description shared by Marvel.com of the film reads, “Eternals features an exciting new team of Super Heroes in the Marvel Cinematic Universe, ancient beings who have been living on Earth in secret for thousands of years. Following the events of Avengers: Endgame, an unexpected tragedy forces them out of the shadows to reunite against mankind’s most ancient enemy, the Deviants.” It is directed by by Chloé Zhao, who recently won an Oscar for Nomadland. The film is scheduled to release on November 5 at the box office. Also Read – Jennifer Aniston-Brad Pitt, Jennifer Lopez-Marc Anthony – 10 Hollywood couples who stayed friends after breakup – view pics