Trailer for ‘Bring Your Own Brigade’ Doc About California’s Wildfires

“We’re surrounded by fire.” CBS and Paramount+ have unveiled the official trailer for a documentary film titled Bring Your Own Brigade, the latest work from Oscar-nominated doc filmmaker Lucy Walker. This first premiered at the 2021 Sundance Film Festival earlier this year, and will be available both in theaters and streaming later in August this summer. Walker’s documentary captures the horror and heroism of the deadliest week of wildfires in California history and explores the causes and solutions of a global crisis that is quite literally burning our world to the ground. An investigation into our landscape’s hidden fire stories and on-the-ground experiences of firefighters and residents struggling through deadly fires. Sundance adds that the film “cogently exposes our out-of-balance relationship with nature and explores what it will take to restore this delicate equilibrium.” This is the kind of incisive, tough filmmaking I like to see! It seems like a brutally honest investigative look at how we must wake up and understand our interactions with this planet.

Here’s the official trailer (+ poster) for Lucy Walker’s doc Bring Your Own Brigade, from YouTube: 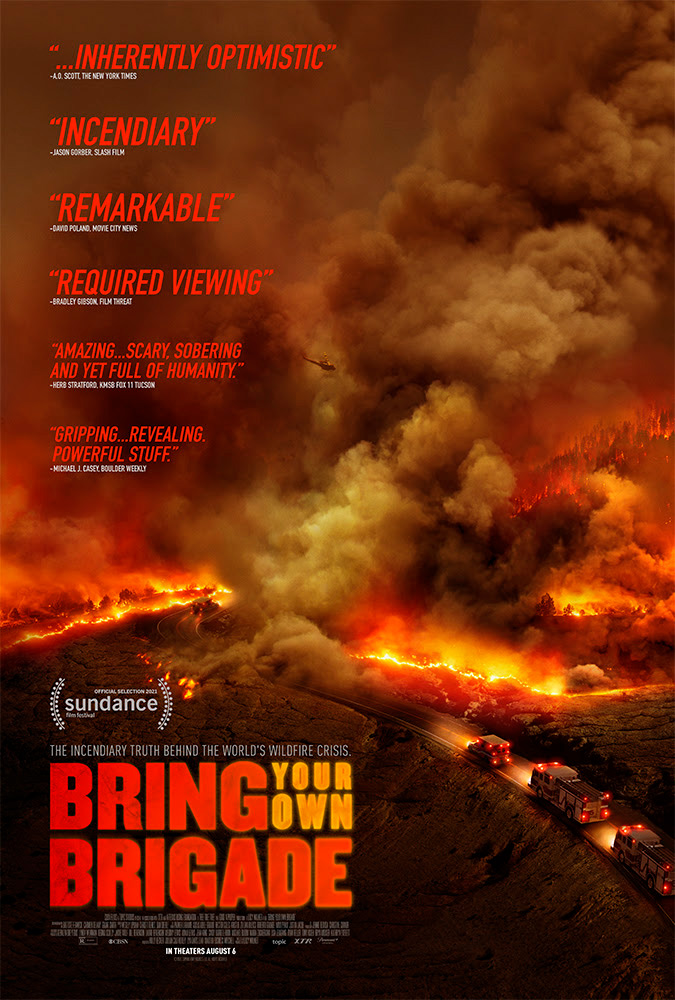 From Sundance: “Raging, out-of-control wildfires have become part of the new normal around the globe, leaving heartbreaking devastation and death in their wake. In California, this harsh reality was underscored on November 8, 2018, when several parts of the state were ablaze—the Camp Fire destroying most of the Northern California town of Paradise and the Woolsey Fire roaring through Malibu in the south. In the aftermath, residents face unthinkable loss. As they struggle to rebuild, they debate what could be done to prevent further tragedy.” Bring Your Own Brigade is directed by the acclaimed British doc filmmaker Lucy Walker, director of the doc films Devil’s Playground, Blindsight, Waste Land, Countdown to Zero, The Crash Reel, and Buena Vista Social Club: Adios previously, as well as numerous other shorts. This initially premiered at the 2021 Sundance Film Festival earlier this year. CBS will debut Bring Your Own Brigade in select US theaters + streaming on Paramount+ starting August 20th, 2021 this summer. Worth a watch?