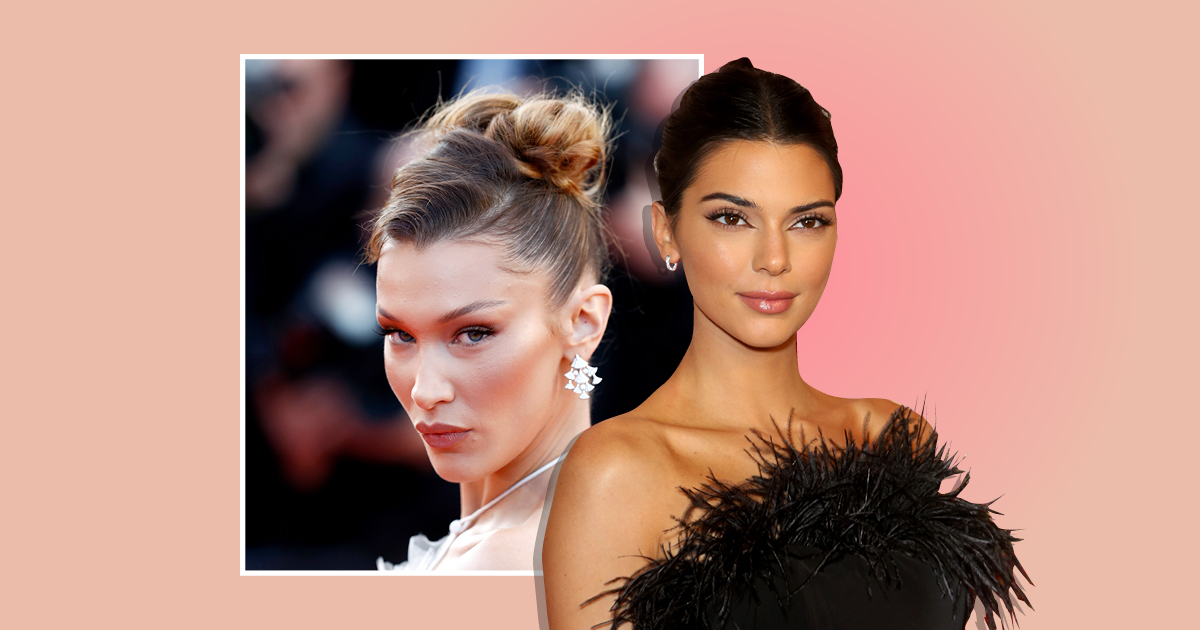 You know how when you notice something for the first time, you can’t ever unsee it? Like how realizing Jennifer Aniston does a weird throat clearing thing before delivering nearly all her lines on Friends makes you unable to ever watch the show the same way again? That’s how I feel about thread lifts.

Before I was made aware of the existence of thread lifts, I was entirely oblivious to the fact that people could have actual threads under their skin, holding up their face, like a subcutaneous Geppetto working full-time. Now that I know it’s a thing, I feel like I’m seeing them everywhere. Everywhere meaning Instagram.

Celebrities like Bella Hadid, Kendall Jenner and Ariana Grande are all rumoured to have gotten thread lifts, with before and after shots revealing their eyes appear much more extended and upturned these days. It’s a look that’s been referred to as the “foxy eye” trend.

Essentially, a thread lift consists of inserting a thread under the skin to pull up a given area of the face. The threads themselves are made of cone-shaped beads of lactic acid, which act like hooks that grab onto the fat under skin. They start breaking down after about three months, but their presence encourages collagen production, which can prolong the lifting effect for up to a year.

It’s a minimally invasive procedure done under local anesthetic. Swelling and bruising are quite rare and the only tell-tale sign is usually some dimpling of the skin at the insertion point, which can take about two to three weeks to subside. Prices range anywhere between $2,000 and $6,000 depending on the number of threads used.

In Canada, thread lifts were only approved last spring and so far, only one type, the Silhouette Instalift, has been cleared. “What most people will see online when they search thread lifts are the PDO threads,” says Toronto’s Dr. Neel Bector, who specializes in non-surgical aesthetic procedures. “Those are done mainly in the U.S.—Health Canada has not approved those threads.”

The type that can be performed in Canada is mainly indicated for the mid and lower face, namely lifting jowls and nasolabial folds (the results are admittedly jaw-dropping, or the opposite of that, really. You know what I mean). However, Bector, who trained in Europe to become one of a handful of Canadian experts on thread lifts, says Silhouette Instalift can be used off-label to perform eye and brow lifts.

Interestingly, Bector says the majority of patients who come in for this kind of eye procedure are between 25 and 35 years old. “I think it’s just something different that people have picked up on; they like the look and see some celebrities who get that done or who have that look naturally,” he posits. “I think it gives a little bit of an exotic look.”

This is where things can get, shall we say, questionable. “The foxy eye trend frustrates me to no end,” my colleague Lara tells me. “Just generally, Asian people have been so mercilessly mocked for their eyes that to see this beauty ‘trend’ come up feels kind of like a slap in the face.”

It feels especially problematic considering the current and very alarming surge of anti-Asian racism and hate crimes. Lara also points out that subtly pulling one’s eyes with one’s hands has become a popular pose among Instagrammers. (Another total “can’t unsee” moment. Now that you’ve read this, I guarantee you will notice it everywhere.) “It really bothers me because that gesture is so loaded,” says Lara.

On TikTok and Instagram, the hashtags #foxeyes and #foxyeye often accompany photos of dramatic eye makeup that seems to recreate the effect of a thread lift. I ask my lovely makeup artist pal Brittany Sinclair to dissect the look. “The key is they are pulling the liner and shadow outwards rather than upwards,” she explains. Most of the examples we find involve a long flick at the outer corner as well as liner extended into a point toward the nose at the inner corner. Neutral-toned shadow and gradient false lashes (meaning ones that get longer toward the end) are often added to mimic the shape of the liner.

I ask Lara what she thinks of these kinds of makeup looks or just cat-eyes in general. “Honestly, I don’t know,” she tells me. “I think about that, too. I definitely use liquid liner to accentuate my Asian features and I’m proud to do so, but overall I really think makeup is different than a cosmetic procedure or physically pulling at your face. It’s definitely never bothered me to see anyone do a cat-eye.”

What she feels is bothersome, she explains, are words like “exotic” or people seeking a more “slanted” eye shape. “It’s complicated because, of course, I love seeing Asian beauty celebrated, but not in this way.”