US Trailer for Cannes Drama ‘Lingui: The Sacred Bonds’ Set in Chad

“We don’t need protection.” Mubi has unveiled an official US trailer for the African drama Lingui: The Sacred Bonds, which originally premiered at the 2021 Cannes Film Festival earlier this year, playing in the main competition. The film is the latest by an award-winning filmmaker from Chad named Mahamat-Saleh Haroun, best known for his other films Our Father, Dry Season, A Screaming Man, Grigris, and A Season in France. Amina, a practicing Muslim, lives with her daughter, 15-year-old Maria. When Amina learns Maria is pregnant and wants to abort the child, they face an impossible situation in a country where abortion is legally and morally condemned. The cast features Achouackh Abakar, Rihane Khalil Alio, Youssouf Djaoro, Briya Gomdigue, and Hadje Fatime N’Goua. This earned great reviews at festivals, saying “Haroun takes a quiet, meditative approach to storytelling.” If you’re into slow cinema this is for you.

Here’s the US trailer (+ poster) for Mahamat-Saleh Haroun’s Lingui: The Sacred Bonds, from YouTube: 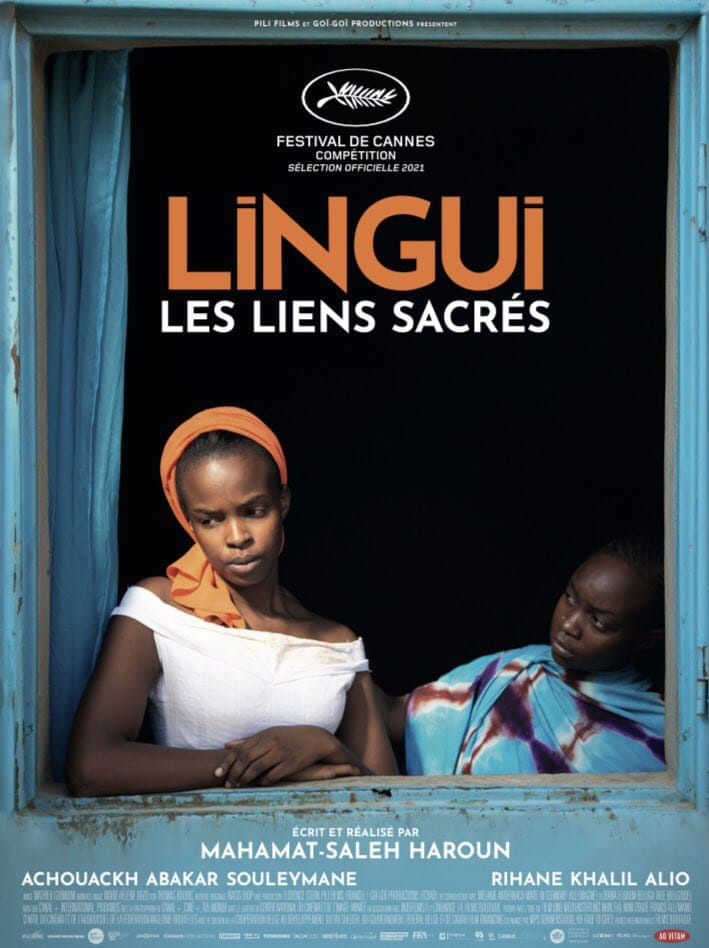 On the outskirts of N’djamena, the capital of Chad, fiercely determined single mother Amina (Achouackh Abakar Souleyman) works tirelessly to provide for herself and Maria, her 15-year-old daughter (Rihane Khalil Alio). Suddenly, her fragile existence collapses: she learns Maria is pregnant, and has been kicked out of her Islamic girls’ school. Maria does not want this pregnancy, but abortion in Chad is condemned both by religion & law. Abandoned by her own family years before for her pregnancy with Maria, Amina is determined to offer a different fate for her child. As the two fight to procure a simple procedure made inaccessible by their patriarchal government, they must navigate a treacherous network of male doctors, relatives, and neighbors, forging a connection stronger than any they’ve ever known before. Lingui: The Sacred Bonds is both written and directed by Chad filmmaker Mahamat-Saleh Haroun, director of the films Our Father, Dry Season, A Screaming Man, Grigris, and A Season in France previously, as well as a few other docs. This premiered at the 2021 Cannes Film Festival playing in competition. Mubi will release Lingui: The Sacred Bonds in select US theaters + UK cinemas starting February 4th, 2021 coming soon.