Film geeks! This one is for you! A projectionist recently uploaded a video of his work in the projection booth threading a 70mm print of Paul Thomas Anderson’s new film Licorice Pizza. The video was shot at the Alamo Drafthouse Brooklyn and follows Yves (in POV) as he threads the giant 70mm film reels and prepares them for projection in the cinema. Yay! It’s like watching those decadent cooking videos where they make the most incredible food. But with cinema! Ah… the lost art of threading film and running projectors. There are only a few cinemas left that still have film projectors, and even less that are now 70mm-compatible. But people like Yves help keep this art alive! I always like seeing how it all works + how to thread film properly. 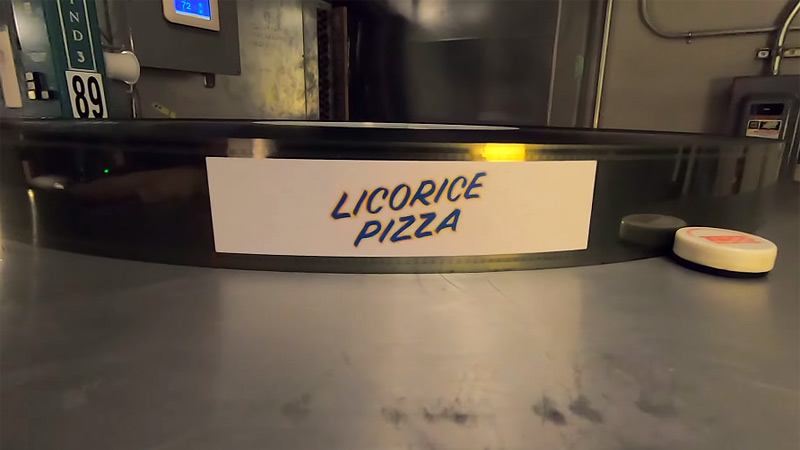 Thanks to Twitter for the tip. This video was made by a projectionist named Yves Leibowitz. He uploads videos of threading and running film projectors on his YouTube channel. You can watch him thread IMAX prints of Nolan’s The Dark Knight here and Interstellar here. This particular video was filmed at the Alamo Drafthouse Brooklyn location (more info), while they were showing PTA’s Licorice Pizza in 70mm this fall. I don’t know what everyone else thinks, but I love watching this projection booth work. I’m a geek! I could sit up there and watch movies all day. This always reminds me of the kid in Cinema Paradiso who would do exactly that – sit there and watch the projectionist work and smile as the audience enjoys the movies. Cool?