Watch: Mesmerizing Animated ‘As Above, So Below’ Short ‘Leviathan’

Need to escape into something mesmerizing and psychedelic? This 105 second long journey from below to above and back again will take you on a trip like you just dropped some acid, but without the acid (but hey if you want to try that kind of trip for real, why not?). Leviathan is an animated (very) short film made by a Canadian animator / filmmaker / artist named Nick Cross. It’s not even two minutes long, but will leave a strong impression on you with all the strange animals and creatures and objects that appear throughout. He explains, “that which is above is like that which is below, and that which is below is like that which is above” as an intro, an the film goes on a cyclical voyage through the above and below to remind us how connected everything is. It’s impossible to even describe this short properly, you just have to experience it for yourself. 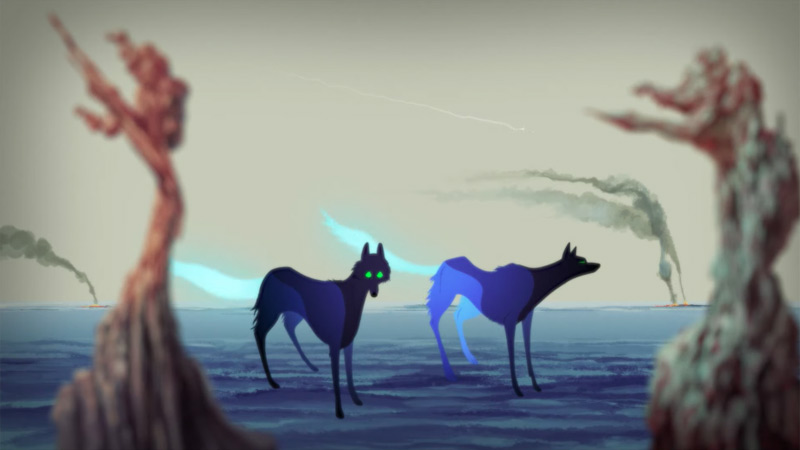 Thanks to Cartoon Brew on Twitter for the tip on this short. Brief description from YouTube: “That which is above is like that which is below, and that which is below is like that which is above…also birdos and fishies are nice.” Leviathan is an animated short film created and directed by Nick Cross – you can see more of his work on YouTube or follow him @ncrossanimation or visit his official site. With music and animation also by Nick. He is an animator & filmmaker who has worked on shows including “Detentionaire”, “Tig N’ Seek”, “The Backyardigans”, “The Ripping Friends”, “Rupert”, “Franklin”, as well as many shorts, as a storyboard artist / layout artist / animator. Cross explains how he made this: “Animated in Toon Boom Harmony with post work done in Adobe After Effects.” For more info head to YouTube. To discover more shorts, click here.