“Unfortunately I don’t have time to explain. But we need you to try and approach the anomaly.” What exactly is this anomaly? And what does it want with us? This thrilling sci-fi short film called Irradiation is worth a watch. Made entirely by a Serbian filmmaker named Sava Zivkovic, this was crafted using the Unreal engine and has a hyper-realistic look and feel. While being escorted to a mysteriously irradiated site, a scientist experiences strange visions and a unique anomaly. Based on motion capture performances for each of the characters along with voices by Oleg Fedorov and Andrey Matveev. The eerie vibe in this is reminiscent of the “Chernobyl” show, and takes us to a strange, unexplainable anomaly in the woods. At just under 10 minutes, this is one mesmerizing film and I dig how mysterious it is and all the rest of the visuals. I’d watch even more stories involving these peculiar rocks, there’s something about them that intrigues me. 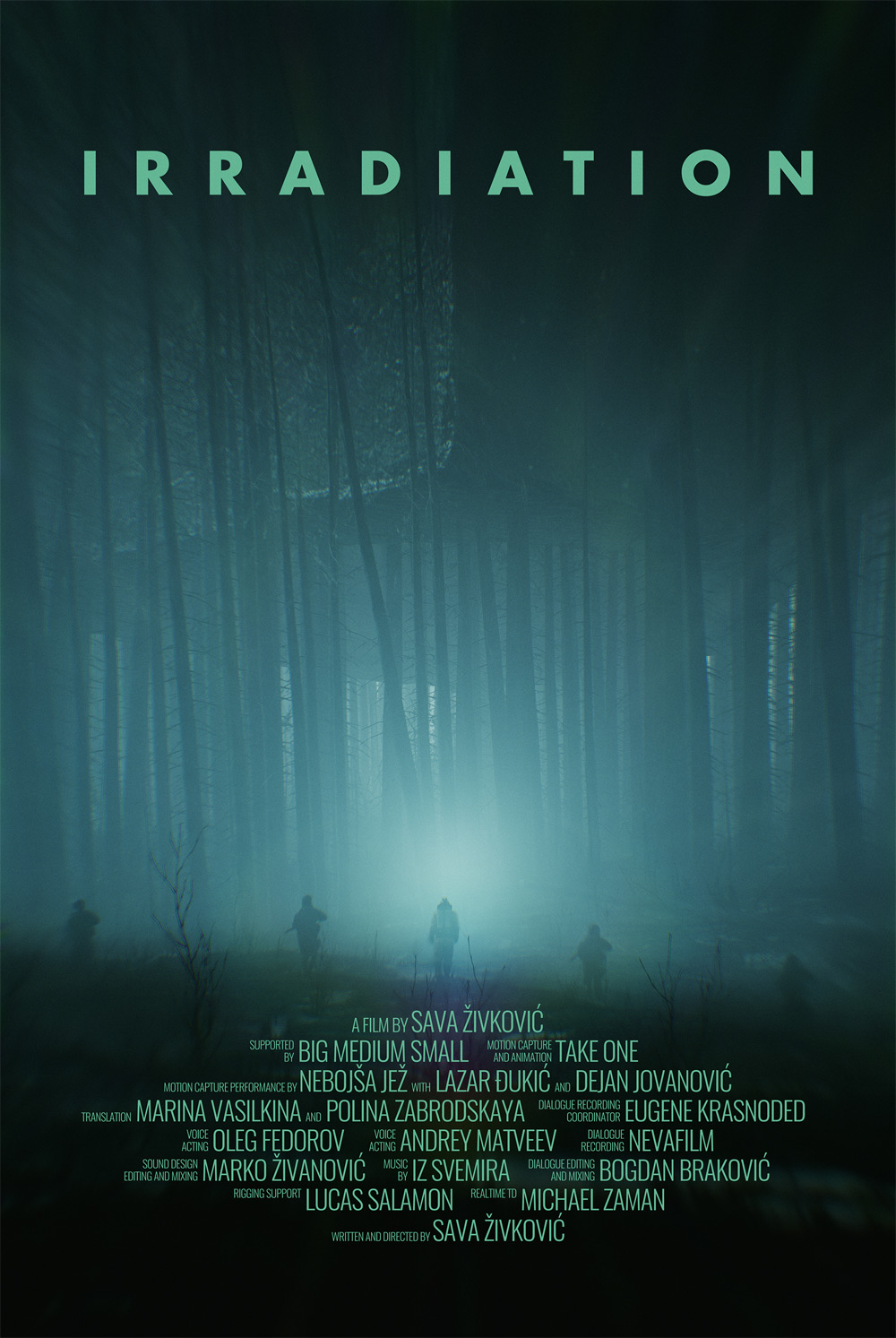 Thanks to Short of the Week for the tip on this. Short description from YouTube: “While being escorted to a mysteriously irradiated site, a scientist experiences strange visions. Using a realtime game engine, a motion-capture facility, and off-the-shelf visual assets, acclaimed VFX artist Sava Zivkovic showcases the immense potential of Virtual Production to filter down to indie filmmakers everywhere.” Irradiation is both written and directed Serbian CG animation filmmaker Sava Zivkovic – you can see more of his work on Vimeo or visit his Behance profile or follow him on Instagram @Sava.Zivkovic. In 2017, Zivkovic started his directing career at Axis Studios and continues the collaboration with Glasgow based studio. Assets provided by Big Medium Small; plus Motion Capture and animation by Take One. Featuring music by Iz Svemira. Created using the Unreal Engine. For more info, visit SOTW or Vimeo. To watch more shorts, click here. Thoughts?