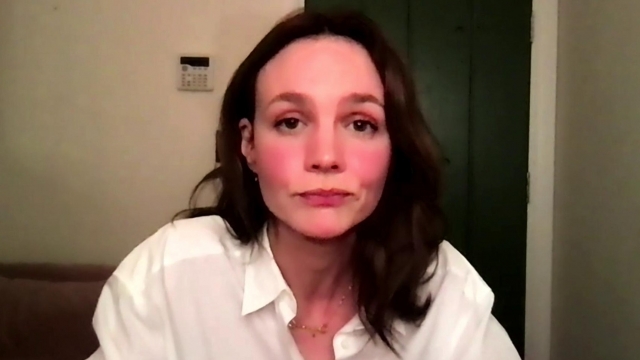 Theo WargoCNN boss Jeff Zucker on Tuesday addressed network staffers’ concerns over the revelations that primetime star host Chris Cuomo advised his brother, New York Gov. Andrew Cuomo, on how to respond to the multiple sexual harassment allegations against him.During a Tuesday afternoon town-hall meeting with staff, Zucker claimed he understood the “unease” over Cuomo’s conduct, saying “in no uncertain terms” that it was a “mistake” for the primetime star to participate in strategy calls advising his politically powerful brother.“He did cross a line,” Zucker said.Last week, The Washington Post reported that Cuomo joined strategy calls helping plan his powerful brother’s rebuttals to mounting allegations that he harassed multiple women and made some female staffers feel uncomfortable. According to multiple sources who were present on one meeting, the CNN host even mentioned invoking “cancel culture” as a way to combat the claims.The CNN boss said he personally voiced his displeasure to Cuomo, and that he had considered the options for how to handle the star host’s unfolding scandal. Ultimately, Zucker said that rather than suspending Cuomo, the network decided the host should have to go on-air and personally apologize to his viewers.And so during his 9 p.m. ET broadcast, Cuomo declared that it “will never happen again” and insisted he “knows where the line is.”In a statement following the Post bombshell last week, CNN admitted “it was inappropriate to engage in conversations that included members of the Governor’s staff, which Chris acknowledges. He will not participate in such conversations going forward.” The network added that Cuomo would not be disciplined further.But the top anchor’s decision to secretly participate in the strategy calls assisting his embattled brother has, indeed, irked numerous network staffers. CNN insiders who spoke with The Daily Beast this week expressed frustration with the network’s handling of the incident, saying Cuomo should have faced more serious consequences.“I’m very disappointed in the network,” said one current on-air personality. “I think some disciplinary action, at a minimum, was required in this situation.” The source added, “As a woman who works here, I feel a little let down, to be honest.”Staff were particularly interested in Tuesday’s town hall following one of the more eventful weeks for the network following a high-profile sale and the departure of one noteworthy on-air contributor.During the call, Zucker said that Rick Santorum was given an opportunity to apologize for what the CNN boss referred to as the ex-senator’s “inappropriate and racist” comments about Native Americans, but because he refused to do so, the network ultimately fired the conservative pundit.And elsewhere in Tuesday’s town hall, Zucker downplayed the impact of AT&T’s decision to merge WarnerMedia, CNN’s parent company, with Discovery. Asked about whether CNN could be spun off as part of the deal, the network chief said he did not think that was “in the cards.”And when pressed on his own future at the network, Zucker said he plans to have “conversations with the right people very soon.”Read more at The Daily Beast.Got a tip? Send it to The Daily Beast hereGet our top stories in your inbox every day. Sign up now!Daily Beast Membership: Beast Inside goes deeper on the stories that matter to you. Learn more.