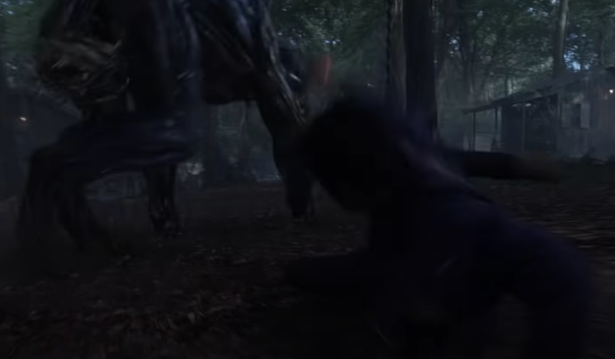 Eternals fans are discussing Kro in the wake of the 2021 movie trailer, but is he confirmed as the villain? Let’s take a look.

Many of the year’s biggest films are yet to reach audiences and Eternals is undoubtedly one of them.

Hopes are incredibly high for MCU’s Phase Four and Chloé Zhao’s superhero debut is part of it. The filmmaker recently took home the Academy Award for Best Director for Nomadland, but it also won Best Picture and other awards too.

Just when fans thought they couldn’t be more excited, the trailer arrived and discussions are now in full swing.

The film is set to centre on the titular members of an immortal alien race who come out of hiding in order to save the planet from the Deviants.

On the surface, there may be an absence of villains in the trailer. Yet, eagle-eyed viewers have been compelled to ask a pressing question. Is Kro in Eternals?

Eternals: Who is Kro?

First off, let’s actually address who Kro is in the wider scope of Marvel Comics.

It has already been acknowledged that the Deviants will serve as antagonists in the movie, with a press release from Disney teasing the tale of a “group of immortal heroes forced out of the shadows to reunite against mankind’s oldest enemy, The Deviants.”

When this was announced, thoughts turned to Kro, who is a member of the Deviants and perhaps one of the Eternals’ most powerful enemies.

The villain was created by Jack Kirby and first appeared in Eternals vol. 1 #1, which was published in July 1976. Since then, the character has gone on to appear across the likes of such comics as The Avengers, Thor, Fantastic Four, and more.

The Eternals have grappled with this military leader created by the Celestials – he was one of the first Earth Deviants – in print, but word has been rather quiet on the foe’s potential MCU debut.

Is Kro the villain in Eternals?

The trailer doesn’t address Kro by name in the trailer and there has been no official confirmation on whether Kro is the main villain in the 2021 movie.

However, there are a number of reasons to suggest that he might be.

Firstly, Sersi says in the trailer that the Eternals “have never interfered… until now.” So, perhaps the arrival of one of their greatest enemies has compelled them to intervene? If so, Kro fits the bill.

Tying in with this, fans have slowed down the trailer and shared screenshots [above] of a towering, other worldly-looking creature which conforms to an image that was shared on social media in 2020. The image reportedly contained a figure of Kro set to be released as part of the movie’s forthcoming merchandise rollout.

So, while the trailers are clearly attempting to keep the big bad villain under wraps, it’s likely that Kro could be revealed in later marketing and, in turn, appear as the antagonist in Eternals.

At this point, fans will simply have to keep their eyes peeled.

After the trailer release, a number of viewers flocked to Twitter to share their thoughts on Kro’s potential MCU debut.

Check out a selection of tweets:

Eternals is scheduled for release on Friday, November 5th 2021.

In other news, what’s next for Master of None?