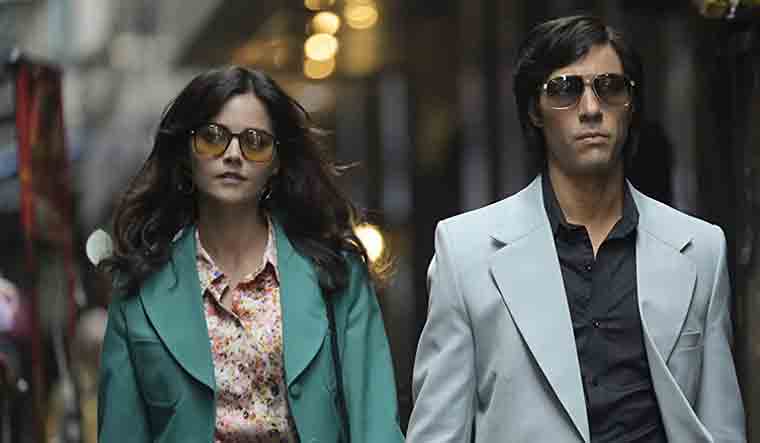 The chilling murders by Charles Sobhraj, a French serial killer of Indian and Vietnamese descent, have been the subject of the recent series The Serpent. The series, which first dropped on BBC One, is now on Netflix. With the focus back on the serial killer and people taking interest in his past, there is another name that is trending—Sobhraj’s daughter Usha Sutliff.

According to reports, Usha, 50, the daughter of Sobhraj and his ex-wife Chantal Compagnon, was approached by the show’s makers but she refused to cooperate for the script.

Currently, she is far removed from her past, and has a ‘classified’ job with the US government, specialising in counter-terrorism and homeland security. Usha previously served at the Centre for Policing Terrorism at the Manhattan Institute for Policy Research, a New York-based think tank.  She has also been a long-serving reserve officer with the Los Angeles Police Department.

Usha was adopted by stone mason Leon Harris when he married her mother, Chantal in 1975, the Daily Mail reported. ‘Usha has no interest in seeing her blood father and the last thing she would do is talk about him,” Leon told the Daily Mail.

Usha was born in Mumbai in 1970 when her parents Sobhraj and Chantal were already a wanted couple on the run. Sobhraj had convinced Chantal to join him on a crime spree, which involved robbing tourists and faking travel documents. They were arrested in Kabul, Afghanistan in 1973 and Usha was flown back to France to live with Chantal’s mother and father. Sobhraj, however, managed to escape and kidnapped Usha by drugging her grandmother. This is reportedly depicted in a scene in The Serpent, in the part where the makers briefly delve into the psychopath’s past. He then smuggled Usha to Iran, where he was arrested at a casino.

The eight-part limited series is a co-production between BBC One and Netflix. It is based on the crimes of Sobhraj, who murdered young tourists between in South Asia between 1970s. The series stars Tahar Rahim in the lead role. The plot follows Sobhraj, as he drugs and robs travellers, particularly young backpackers, traveling through Bangkok, Thailand.  He steals his victims’ passports to travel the world and sells stolen gems with girlfriend Marie-Andrée Leclerc. Jenna Coleman plays Leclerc in the series.

Sobhraj, 76, is currently serving out a life sentence in Kathmandu prison.