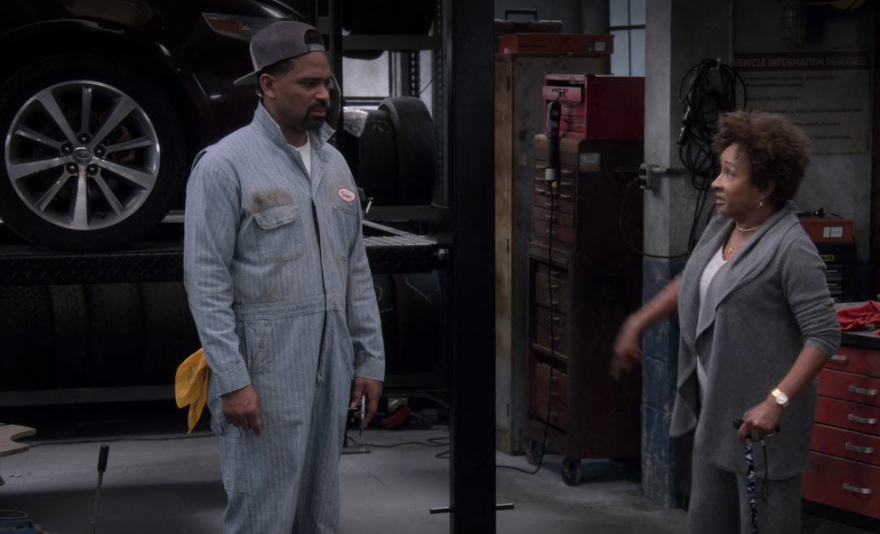 Why is Wanda Sykes using a cane on The Upshaws? Are the Lucretia actress’s legs okay? Let’s get the 2021 Netflix series explored.

Over the years, Netflix has become synonymous with entertainment, offering fans of all genres lots of shows and movies to cherish.

The laughs keep coming in 2021 and the platform has delivered a number of sitcoms as of late, including Dad Stop Embarrassing Me and The Upshaws, which arrived on Wednesday, May 12th.

The series focuses its lens on an African American family navigating everything from work to relationships. It boasts lots of laughs, which is perhaps no surprise considering Wanda Sykes and Mike Epps serve as both executive producers and stars on the show.

However, fans can’t help but wonder why Wanda Sykes is using a cane on The Upshaws…

Why is Wanda Sykes using a cane on The Upshaws?

There are numerous examples of performers using canes as part of their performance in film and television. Although certain fans are worried that the 57-year-old American actress and comedian may be having trouble with her legs, there’s no reason to believe this is the case.

Wanda starred in a film this year called Breaking News in Yuba County and does not use a cane; she appears in the film alongside Allison Janney, Mila Kunis, Awkwafina, Regina Hall, and more. She does not use a cane for assistance in other recent projects either.

So, it’s the character of Lucretia that needs the cane, not Wanda. Indeed, it does bring an extra layer of physicality to the performance and may have been written into the role or suggested by Wanda herself.

Despite the cane being part of the character, its inclusion in the show has led some fans to flock to Twitter.

A number of viewers have voiced their curiosity and asked why, wondering if the star’s legs or hips are okay in real life. Check out a selection of tweets:

Netflix: Wanda Sykes on The Upshaws

Speaking with Essence, Mike Epps said of The Upshaws: “It’s like a new Black show, but not a UPN show. I mean I love UPN, but you know what I mean.”

Wanda then chimed in, explaining:

“It feels great to do this type of show because it always seems like either we’re super rich or we’re slaves or there’s a lot of Black pain going on. So it’s nice to show a working class family who loves each other but it’s messy.”

She added: “I think it represents how most of us are living right now.”

The Upshaws is now streaming on Netflix.

In other news, is Jupiter’s Legacy renewed?