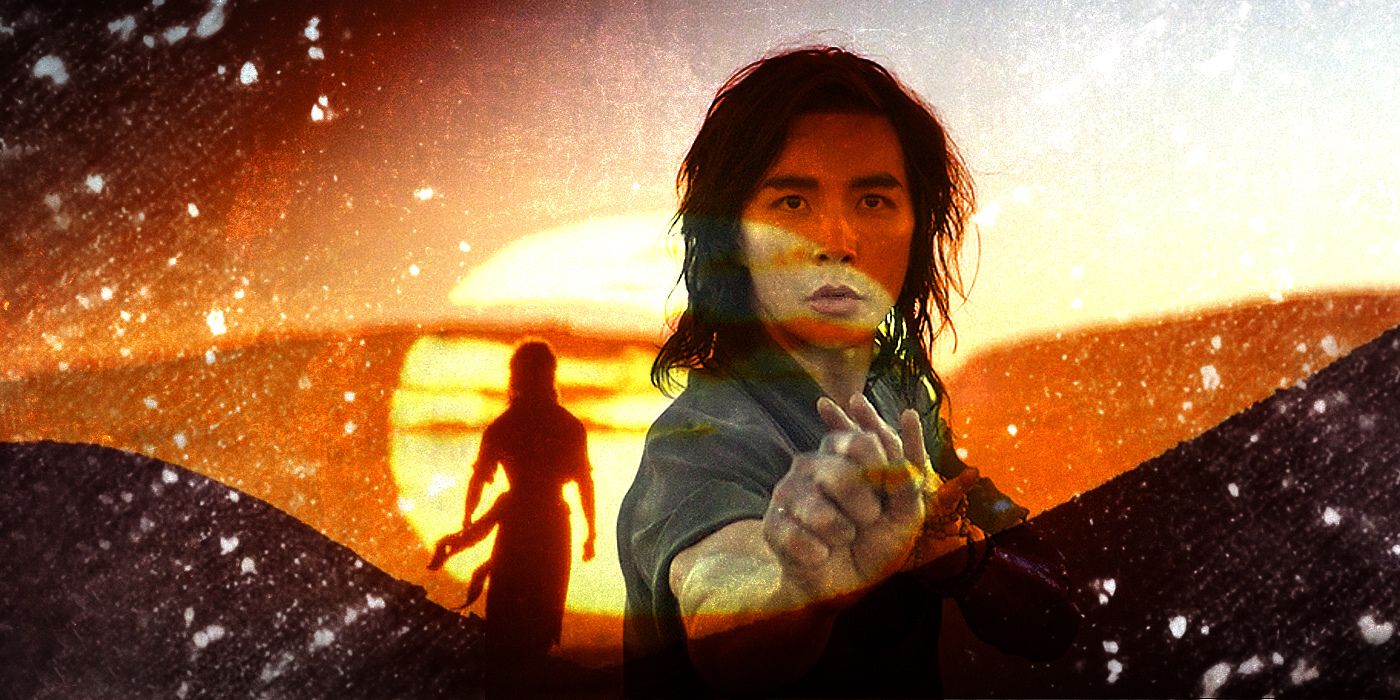 Mortal Kombat is finally upon us. Much like a scummy Australian gangster fighting a lizard man from a parallel universe, the 2021 action fantasy romp has uppercutted its fist through my rib cage and stolen my heart. Since the movie premiered in theaters and on HBO Max this past weekend, it has been on an endless loop in my house, its meaty kicks and punches and dramatic electronic score providing the perpetual soundtrack of my existence. Indeed, what is this life even for, if not to spend every waking moment thinking about Mortal Kombat and making sure everyone around me is doing the same? I’ve already downloaded the necessary paperwork to legally change my name to Mortal Kombat No Not the 1995 One the 2021 One But Honestly Both of Them Reimann.

In its noble quest to entertain us with such delights as a garage fight with a four-armed demon and a vampire lady getting cut in half like deli meat, Mortal Kombat also challenges us with its intricate narrative. Not unlike a philosophical exercise, the movie regularly presents us with confounding situations and then asks us to explain how or why they happened. For example, what the hell was Liu Kang (Ludi Lin) doing in the middle of the desert by himself?

Let me elaborate. At one key moment in the film, our everyman cage-fighting hero Cole Young (Lewis Tan) is wandering the desert with his new friends Sonya Blade (Jessica McNamee) and Kano the Australian Murderer (Josh Lawson) in search of Raiden’s temple. After walking aimlessly for some time, they encounter Liu Kang, who appears in the distance behind them before explaining who he is and showing them the way to the temple. However, he leads them in the opposite direction from where he appeared, meaning he was on his way back to Raiden’s temple after running some kind of errand when he found them. So, the question I’ve been asking myself ever since watching the film for the first time (other than the obvious “How can I add ten hours to Daylight Savings Time so that I might squeeze in five more viewings of Mortal Kombat each day?”) is, “What was Liu Kang up to out there?”

He comes casually strolling out of the desert like he just got done checking a string of Christmas lights for a bad bulb. He looks totally fine, well-rested and completely hydrated. In other words, Liu Kang doesn’t look like a dude who has been wandering around in the blazing heat for an extended period of time. This clearly wasn’t any kind of emergency, as he’s displaying the exact same demeanor as a guy looking for his beach towel. He’s not even sunburned. Anyway, he’s able to take Cole straight to the temple, so the point is he wasn’t lost.

Raiden (Tadanobu Asano) can teleport anyone anywhere, even between realms. So, if Liu Kang wasn’t lost, where could he have been that would require him to walk back like some kind of peasant? His search for other Earthrealm champions presumably takes him around the entire globe, with Raiden’s lightning shuttle saving them a bundle on airfare, so it’s unlikely Liu Kang was hoofing it back from the bus station after a trip to Stryker’s house to tell him about the Mortal Kombat initiative. Of course, it’s possible Raiden dumped him way out there instead of returning him to the temple just to be a dick, which, fair point, I don’t know Raiden like that. Maybe he’s a YouTube prankster. It certainly doesn’t look like the first time Liu Kang has gone on this particular walk, so maybe he’s just helping Raiden make premium web kontent.

As I comb my brain for reasons one might be traipsing through the desert before stumbling onto a group of prophetic warriors, “searching for buried treasure” keeps springing to the top of the pile. Now, hear me out – Liu Kang lives in an ancient temple of mystery under the protection of an Elder God, and spends his days scouring the world for other chosen fighters to recruit to their noble cause. It’s not too wild to think that he might spend his afternoons patrolling the surrounding sand dunes with a metal detector in search of some other temple of mystery, or perhaps a mystical artifact. Raiden has a whole room full of magic collectibles, so it’s entirely possible he made up some bullshit about destiny to trick Liu Kang into sifting through the sand for the mythological equivalent of a limited-edition Last Action Hero cup from Burger King to add to his collection. (See “YouTube prank show,” above.)

Another, more sobering possibility is that Liu Kang was making his weekly trip to the Corpse Hole to unload the latest batch of Earthrealm washouts. The training regimen observed in Raiden’s temple is understandably intense; after all, the goal is to prepare an army of karate magicians to thwart an interdimensional invasion by literally fistfighting a bunch of mutants to death. At the very least we should expect to see some CrossFit, so my eyebrows were only slightly raised when Day One of Cole’s training was revealed to be “Try Really Hard to Keep Kung Lao From Murdering You With His Knife Hat.” I have no trouble believing that most potential chosen ones don’t pass this particular test, so there’s a nonzero chance our plucky band of heroes (and Kano) stumbled upon Liu Kang as he was dumping some recently deceased scrubs into the Pit of Carkoon. The champion of the White Lotus Society probably just got done wiping Mavado’s blood on his pants after rolling his extremely dead body into a sinkhole like an old rug when he spotted Cole and friends on the horizon.

I truly cannot think of another reason why Liu Kang would be all the way out in the middle of nowhere, visibly miles away from Raiden’s temple. Was he gathering wood for a fire? That’s dumb, there’s no trees in the desert, plus he can make fire with his hands like a close-up magician. He definitely wasn’t making a grocery run, because Raiden can just instantly transport him to the best Whole Foods in the country, and anyway if the Champions of Earthrealm are still paying for groceries they’re using their superhuman abilities wrong. Maybe he was dropping off their wireless bill; I didn’t see a crystal ball in Raiden’s mancave / reliquary, so they must be doing a shitload of Googling to track down all these fighters. Or maybe he just wanted to take a quiet walk alone; spending all your time in the company of an extreme try-hard like Kung Lao (Max Huang) seems like it would be exhausting. Perhaps Liu Kang was sitting cross-legged on a dune, ripping massive bong hits and enjoying the sunset, when he heard Kano swearing in the distance. Either that or he was making a delivery for Amazon.

Our handy, extensive guide is updated weekly with all-new picks.

Tom Reimann is a writer and comedian and somehow an Associate Editor at Collider. He has written for Cracked.com, Mad Magazine, BunnyEars.com, and Some More News, and is the co-founder of the Gamefully Unemployed podcast network. 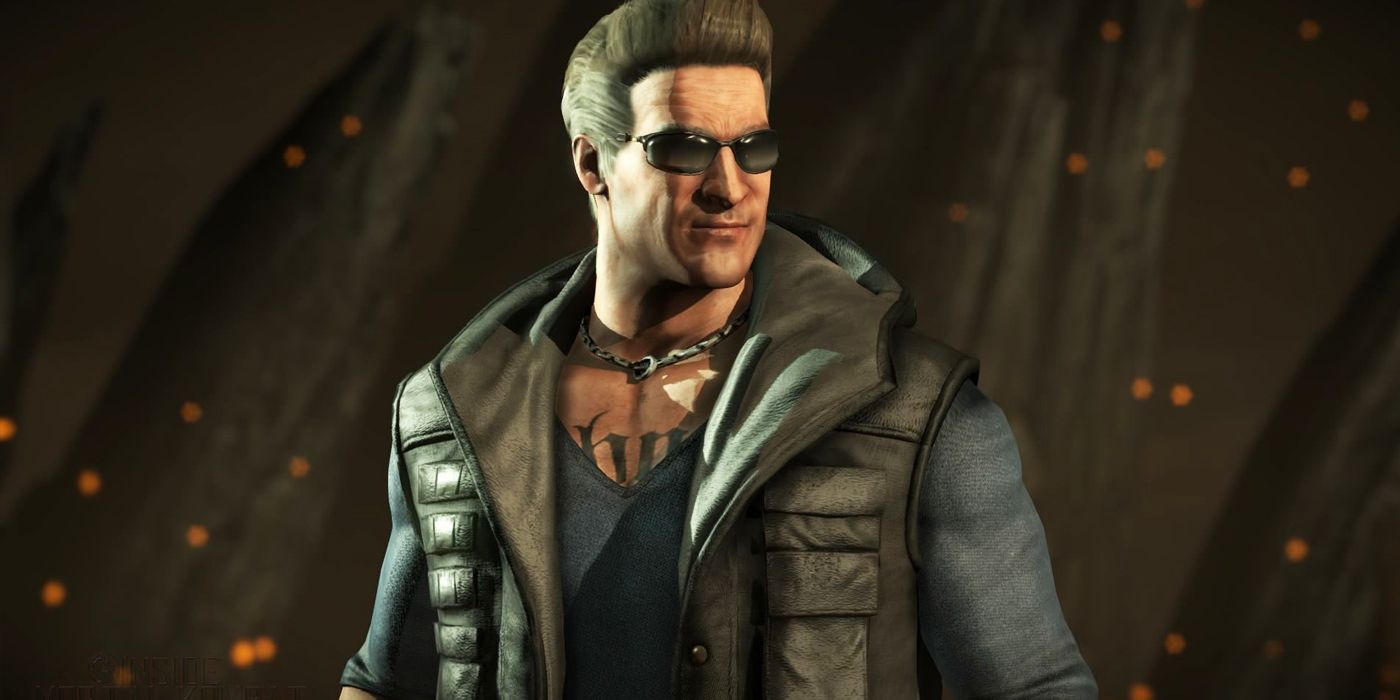 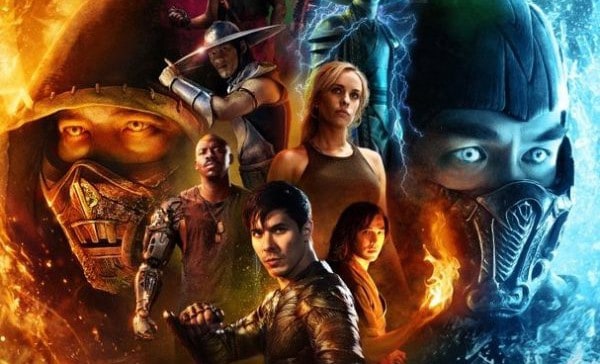