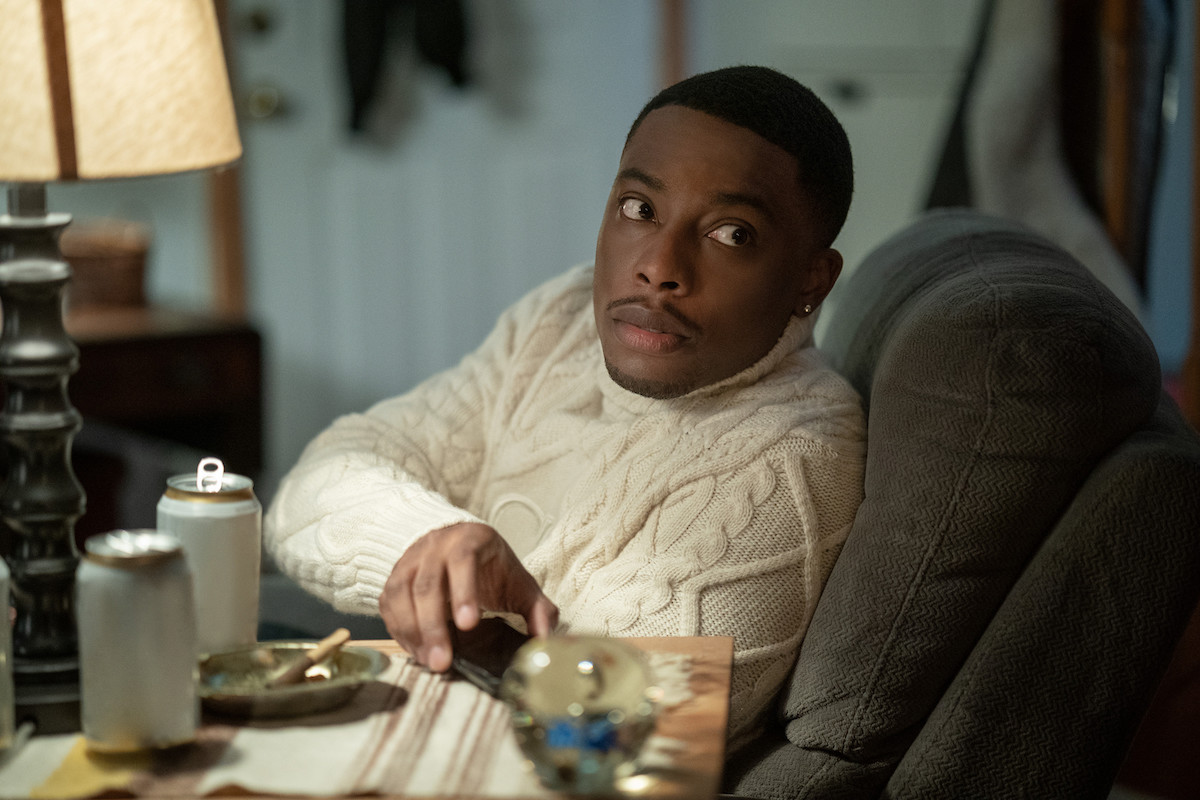 Cane Tejada (Woody McClain) has made quite the name for himself on Power Book II: Ghost. In the series, he’s crossed paths with Tariq St. Patrick (Michael Rainey Jr.) because of his family’s business. Frustrated with his parents Monet (Mary J. Blige) and Lorenzo (Berto Colon), Cane has taken things into his own hands.

However, his siblings Diana (LaToya Tonodeo), and Dru (Lovell Adams-Gray) have other goals. Since Dru is poised to take over the family business, will he kill Cane for betraying the family?

Cane’s plan to frame Tariq for murder is backfiring

Cane has been teetering on the edge of implosion since we first met him in the Ghost pilot. Over the first season, we’ve seen him grow increasingly enraged with his family’s relationship with Tariq. “Cane is off the chain, he’s real savage,” Blige told USA Today. “Monet’s not afraid of him, but everybody else is. She’s a savage, too.”

At the end of season 1, Cane and Tariq found themselves complicit in two murders, until Cane framed Tariq. What the gangster didn’t expect was for Tariq to have connections to grant him bail. He also never expected his father Lorenzo (Berto Colon), to be released from prison.

Now, it appears that Cane’s plan is blowing up in his face.

Will Dru kill Cane for betraying the family?

Deeply jealous of both Tariq and his brother Dru, Cane is playing his cards close to his chest. Now that his father Lorenzo has been released from jail, he’s determined that he won’t be pushed into the background again. However, Lorenzo wants Dru, the more level-headed brother to step into his footsteps.

“Cane is a little bit modeled after Sonny Corleone, for those of you who are Godfather fans,” Power Universe creator Courtney Kemp said on a recent Instagram Live. “We really wanted that energy, that kind of hot-head energy, that Santino energy, and Dru [Tejada] has a little bit of that Michael Corleone feel as well.”

In the forthcoming episode, “Force Hand” fans can see Dru and Cane getting into a violent brawl which could suggest the direction of their characters. After all, Sonny may have di

d of his own volition, but Michael had his older brother Fredo murdered for betraying the family.

If Dru does spare his brother, Cane could still meet his fate at the hands of Tariq. In episode 206, “What’s Free?” we saw the college student/ drug dealer piece together that Cane framed him for murder. In a furious outburst to Effie (Alix Lapri), we saw him promise to pay Cane back for what he did with a bullet.

In fact, McClain has also hinted at Cane’s demise. Ahead of the Ghost Season 2 premiere, The Bobby Brown Story actor did a Q&A with his fans on his Instagram stories. When asked what would happen with Cane this season, the actor responded with a single emoji, an image of a casket. A screenshot of the story can still be found on Reddit.

We doubt McClain would give that much of a spoiler, but we do know something major is set to happen with Cane.